2020 Projection: The Housing Market will Rely on the Wider Economy and Employment 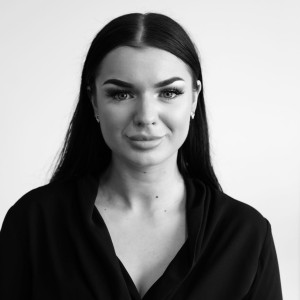 2019 was a year of political turmoil, especially here in the UK. To assess how last year’s events will affect the mortgage sector in 2020, our Managing Director, Pete Mugleston, has given his projections…

Pete believes that the housing market will rely on the state of the wider economy and employment this year. “If either drop significantly as a result of what’s going on politically, it can exacerbate any concerns and put plans on hold,” he explains.

So, where do we stand in terms of Brexit and the new Government?

Since the EU referendum in June 2016, average house prices across the UK have generally slowed, according to the Office for National Statistics (ONS).

The latest ONS house price data (for October 2019), indicates that Brexit continued to hit the health of the property market last year, with the average house price up by just 0.7% over the previous 12 months. This compares to growth of 8.7% in the year to June 2016.

Indeed, looking at Google Trends, we can see that the number of people searching for “brexit mortgage” peaked at the time of the referendum, but also rose in January 2019, when the government’s first meaningful vote on the Withdrawal Agreement was defeated.

With the new Prime Minister’s certainty that the UK will leave the EU by 31st January 2020, could the market return to buoyancy?

Pete believes: “Now we finally have some sort of standing on the saga, I am confident we’ll start to see much more activity, and there are already signs – certainly in terms of new enquiry numbers – of a post-election bounce.

“Longer term, I envisage some reluctance from home movers as the ongoing trade talks with the EU grab headlines, but to a far lesser extent than the run-up to the recent election. And, in the same way, I think trade progress with the rest of the world is likely to be a sideline to most consumers’ personal plans.”

While ongoing negotiations may deter some homeowners from moving, Pete is sure that Boris Johnson’s astonishing majority Conservative Government will benefit the UK housing market.

“Stability and the certainty of a majority government, which is keen to improve the housing market (according to its manifesto), are a positive thing,” he says. “Whether they actually deliver is a different thing, of course.”

Pete doesn’t necessarily agree with everything that the Conservative Party does or stands for, but he does believe that its majority Government is the best bet in regards to a strong economy, which he insists is key for the health of the property market.

Perhaps the stability of a majority government in power will see searches for “mortgages” reverse the trend seen since the EU referendum – the chart below indicates that searches generally follow a similar annual pattern, but have reduced overall year-on-year.

While the stock market and pound bounced following Johnson’s election win, it is yet to be seen whether the property sector will experience the same recovery. Nevertheless, some property firms have already revised their house price forecasts this year to reflect the so-called Boris Bounce.

In order to better assess how the housing market will perform in 2020, Pete has taken a look back at how the challenges faced by borrowers ten years ago compare to those facing borrowers today.

“The mortgage market is a completely different place to 2009-10,” he insists. “Regulation was still relatively new, and the market was still hit hard by the recession, with a strong weight of deals being done directly with lenders and not intermediaries.”

From 2012 onwards, Google Trends data reflects wider industry claims that more borrowers were using brokers to arrange their mortgages, rather than going direct to banks or building societies. In fact, The Guardian reported that over 60% of home loans were taken out through brokers in 2014.

“MMR has tightened regulation, and further ensured borrowers are creditworthy and able to afford their loans,” Pete explains. “As a result, many have found it more difficult to be approved.”

“That said, there are many lenders available for those with all sorts of needs and, whilst finding a deal can be tough, there are mortgages there if you know where to look,” he adds.

Alongside tightened rules, fewer bank and building society branches, coupled with an increasing loss of confidence in banks’ ability to give sound advice, led to a rise in the number of borrowers going through brokers in this period.

Looking forward to the year 2030, Pete expects technology to be the greatest change in the housing sector.

“We are on the verge of some real breakthroughs with APIs [application programming interfaces] and automation,” he claims.

In the next ten years, Pete believes that the mortgage application will be as simple as buying car insurance for many borrowers, leaving just a small specialist market for direct support.

As searches for “bad credit mortgages” and “self-employed mortgages” continued to rise while the rest of the market slumped following the recession, it would be no surprise if demand for specialist loans remained strong, despite advances in mortgage technology.

In the not-so-distant future, Pete expects January 2020 to be a “hive of activity” for mortgage applications. If you’re thinking of purchasing a new property, it couldn’t be a better time!

Office for National Statistics
Google Trends
The Guardian
This is Money

Footy 100: How many Homes can a Footballer Buy?