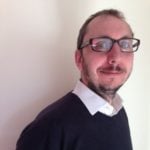 The BofE’s Monetary Policy Committee voted six to three in favour of a 0.25% increase with the remaining three members backing a higher increase of 0.5%, suggesting the current trend upwards is far from over.

With inflation now at a 40-year high (9%) and expected to grow even higher by the autumn to over 11%, when energy bill price caps increase from £1,971 to £2,800, the only way the BofE can control rising prices is by increasing its base rate.

This means the cost of borrowing money can also only go one way – up!

This latest increase will typically see an extra £16 added onto repayments each month for every £100,000 borrowed on a variable-rate mortgage and £25 per month for tracker mortgages.

Thankfully, for the 75% of all mortgage holders who have fixed-rate mortgages, today’s news will have no immediate effect on their repayments, at least until their current deal comes to an end.

But for the 25% (equating to almost 2 million homeowners) who’ve still yet to seek the sanctuary of a fixed-rate deal, the interest rate rises since December alone have seen an extra £73 per month added to variable-rate mortgage repayments and £125 per month for tracker mortgages.

How high could interest rates go?

Following yesterday’s news of the Federal Reserve increasing its own base rate in the USA by a hefty 0.75% – the biggest single rise by the Fed in 30 years – it’s perhaps no surprise the BofE has followed its lead in order to try and stem the tide of ever increasing energy prices across the globe.

But, for how long, and by how much can these current interest rate rises (highest since February 2009) continue?

The current ‘worst case’ thinking from analysts within the financial markets sees the current interest rate rises peaking at 3%, with those on the more positive side suggesting a less severe increase up to just 1.75%.

If high inflation begins to really tighten its grip – the current rate is almost 5 times the BofEs target of 2% – interest rates could continue to spiral even higher than any of the current predictions.

Pete Mugleston, Online Mortgage Advisor’s Managing Director, says: “The problem with a sustained period of high inflation is, the more it continues, the more it begins to shape all of our expectations. This means if businesses expect prices to continue rising then they will simply follow suit, passing these increases on to the consumer, in order to maintain existing profit levels.

“The same applies to the country’s workforce who will expect their wages to rise in line with current inflation rates in order for them to maintain their standard of living. This behaviour makes the job of bringing inflation back down again all the more difficult, particularly when interest rates have been at such historically low levels for so long.

“An entire generation of new homeowners have never experienced such an economic environment. Which is why, now more than ever since first purchasing your home, it’s vital you look to review your current mortgage package with an experienced mortgage broker and secure your repayments at a manageable level during what’s likely to be a turbulent few years.”

You can read more about how the Bank of England’s base rate affects mortgages in our standalone guide on this topic.