In February 2017, Ben Link (30) was asked to buy his current home in Cheltenham from his landlord – who had been a close friend of his for 25 years. He knew this was where he and his fiancé wanted to settle down and at the end of 2016 he had inherited some money, which would help the couple with a deposit.

They decided to go for it and started applying for a mortgage.

On the outside, Ben was excited to get the process started, but on the inside, he was nervous about being declined.  He had a history of bad debts and his landlord began putting the pressure on them.

Ben was recommended to various mortgage brokers by his friends. Three different brokers discussed Ben’s financial history with him and upon waiting weeks for a response, he was told his application had been rejected due to his adverse credit.

Ben felt a sense of pride when it came to money and didn’t want his friends or family to know why he had been rejected three times by different lenders. As conversations rose about the process, Ben had to admit why this wasn’t going the way everyone thought it would.

His mind raced thinking about where they might have to move to if the mortgage didn’t get approved in time. The main concern was letting his fiancé down as this was meant to be an exciting experience but it was becoming emotionally exhausting for Ben.  While she knew about his previous debts, Ben hadn’t ever explained the full extent, which was also adding to the stress.

In a bid not to be defeated, Ben googled ‘bad credit mortgage lenders’ and found Online Mortgage Advisor. They entered their details and within 24 hours they were contacted by Jason Pulsford, an approved advisor at one of the firms Online Mortgage Advisor works with. Jason and Ben had a very open discussion on his financial history and Jason advised them that a mortgage wasn’t out of their reach. 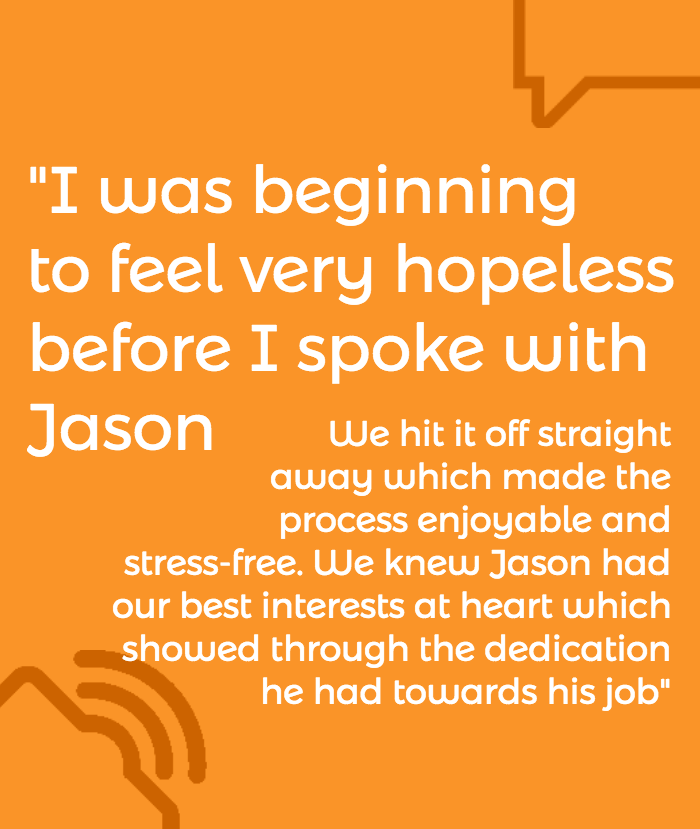 Four days later, Jason returned with a principle offer. Of course, this was music to their ears, but he didn’t want to get his hopes up prematurely.

It soon became real as Jason was handing them over to a lender who would arrange and finalise their mortgage. Jason kept in contact with Ben and his fiancé during the whole process to ensure everything went smoothly.

"I was beginning to feel very hopeless before I spoke with Jason. We hit it off straight away which made the process enjoyable and stress-free. We knew Jason had our best interests at heart which showed through the dedication he had towards his job. He would call us in the evenings to discuss anything we didn’t understand – he even rang us while his girlfriend was in labour! Our mortgage has now been fully processed and we now have the peace of mind that we can finally start to plan our future and call our house a home. We’ve kept in touch with Jason and sent him a gift to say thank you – a Bristol City jersey with the word ‘Legend’ on the back! We’re delighted by how this turned out for us so if anyone asks us in the future about mortgage advice, we wouldn’t recommend anyone else!"