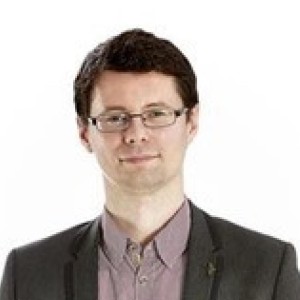 It’s imperative that you research a neighbourhood before buying property there, although this should go without saying!

Sometimes a property can be large, spacious, and modern, being advertised at a bargain of a price – it’s almost too good to be true.

When you look into the matter further, you might find that the neighbourhood isn’t ideal for a lot of potential buyers.

Whether it’s in a hilly area which is unsuitable for elderly people or it’s in a dodgy part of town where your home insurance and car insurance will be sky high, you could be signing up for a neighbourhood which will not suit you and your needs.

As a result, we have put together a list of the main factors to watch out for in new neighbourhoods, as well as how to research these neighbourhood dealbreakers before signing any dotted lines!

Schools are particularly important to budding parents or existing parents when purchasing a property – being in a good school district can see devoted parents getting dragged into fierce bidding wars when buying a property.

If you want your child to attend a well-rated school, or a school belonging to a particular faith or religious denomination, then you’re best searching Google for “schools in X” and inputting the property’s area.

Once you have compiled a list, you can use the UK government website’s school section in order to view exam results, check out information about financials, and see how the schools fared in those all-important Ofsted reports.

Although handy tools at CheckMyFile allow you to ascertain the social class and average salary in a certain postcode, you may want to know more about the crime rates in an area – just how safe is it on average? This is commonly a top reason to research a neighbourhood before buying a property.

The official UK police website has a handy tool which you can use to check the crime rate in an area.

The tool provides you with a range of insights, such as the frequency of crimes, the types of crime which have been committed, and the local police team who can help.

Of course, most places are going to have some sort of crime – you’re unlikely to find a haven of tranquillity anywhere in the country.

However, this tool is great because it gives you an idea of exactly what happens in the neighbourhood. Is it major violence and muggings or is it kids being rowdy in the park?  One is definitely preferable to the other!

Air quality and pollution levels can seriously affect the attractiveness of some neighbourhoods.

If young children, elderly people, or people with health/breathing problems are going to be living in the neighbourhood, then you ideally want to strive for areas with cleaner air.

Luckily, there are ways that you can find out how good or bad the air quality is in certain parts of the country.

Although you could sit down and peruse the UK government’s 34-page PDF file on air quality from the 1970s to 2017, you probably want some figures which are a bit easier to skim.

The BBC has put together a convenient tool which allows you to measure the air quality of certain postcodes.

This way, you can see how polluted the air is in your neighbourhood of choice. The closer you are to major metropolitan areas, the more concerned you need to be about air quality and pollution levels.

When thinking about how to research a neighbourhood, there are lots of tools which are already at your disposal.

For example, if you’re trying to find out what your commute to work would be from a certain neighbourhood, you can use Google Maps to estimate the time of the journey.

When you move to a new neighbourhood, you want to get a sense of the local rush hours and where congestion builds up when it affects your commute.

Of course, traffic cannot always be predicted, but the tools and reports offered by the Traffic England website can help you to remain abreast of the latest developments and look at live and historical traffic data from the neighbourhood you’re thinking about moving to.

If all else fails, try driving from the property to your workplace (or vice versa) during rush hour a couple of times. This will help you to get a good idea of how your schedule will be affected.

If you don’t drive or you simply prefer to travel via public transport, then you need to take the location and proximity to public transport into special consideration when you research a neighbourhood before buying a property.

How close is it to bus stops? Where is the nearest train station?

The route planning tools offered by Google Maps should not be taken for granted. Here, you can specify where you would want to go from the neighbourhood at certain times of the day and via certain modes of transport.

You’ll get a good idea of exactly where you’re going and how long it would take via public transport.

Once again, we would recommend testing the routes out for yourself – quieter areas with smaller train stations are often the first stops to be cancelled when a train is running late, so bear this in mind too.

We live in a digital world where broadband speed is a major factor in selling some homes. A recent survey found that the average UK house buyer would spend £6,500 extra for faster broadband speeds in an area.

Generally speaking, the more remote and rural your new neighbourhood is, the more problems you will have with decent broadband speeds, especially if you’re looking to stream HD video from services such as Netflix and Amazon Prime.

If you want to get an idea of broadband speeds when you research a neighbourhood before buying a property, this handy online broadband speed checker can help you to find out what kinds of speeds you can expect from the local region.

We hope you enjoyed this guide on how to research a neighbourhood and what to look out for when buying a property in an unfamiliar region. Happy house hunting!

What are the most common first-time buyer mistakes and how do you avoid them?

What are the most common first-time buyer mistakes and how do you avoid them?