What would a Starmer Labour Government mean for housing and mortgages?

What Would A Starmer Labour Government Mean For Housing And Mortgages? 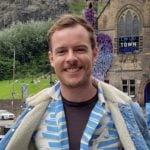 There’s plenty of change brewing at the top of British politics and as the Conservative contenders do battle, some people are looking even further ahead. With possible fractures appearing in the Tory Party, people are starting to wonder what the alternative might look like.

So, what would a Labour Government led by Keir Starmer mean for homes and mortgages?

What will Labour do about housing?

With house prices seemingly on a never-ending treadmill reaching higher and higher, support for first-time buyers (FTBs) is becoming a point of contention for both parties.

The idea behind this three-pronged approach is:

Labour’s housing agenda doesn’t stop with first-time buyers. There have been previous statements made by the Party that it will attempt to make homes more climate-friendly over the coming decade.

Here’s how they plan on tackling housing-related climate issues:

How does this differ from Conservative home mortgage plans?

Here’s how the Conservative housing policy manifesto stacks up. And, what they’re promoting as solutions to problems surrounding mortgages and UK housing:

The pledges are somewhat vaguer than what’s being offered by the Labour Party. But perhaps this is a case of the Conservative Party choosing not to promise outcomes they’re not sure they can deliver, or can be afforded by the government.

Both Parties seem keen on the idea of increasing the housing supply. To make homes more affordable and to potentially reduce rents.

However, it does seem like the Conservative Party is willing to flirt with more ‘outside-the-box’ ideas, such as 40 and 50-year mortgages.

Boris Johnson may be gone, but his words of wanting to ‘find all sorts of creative ways to help people into ownership’ are likely to be taken on by whomever he passes the torch to.

Only time will tell if either Party follows through on their promises to solve the housing and mortgage issues we’re facing here in the UK. And, what the state of these markets might look like following a general election.